I’m back, and this time I drew some stuff. Unfortunately, my dishwasher melted a hole in the lid to my nalgene, so this one got slightly wet: 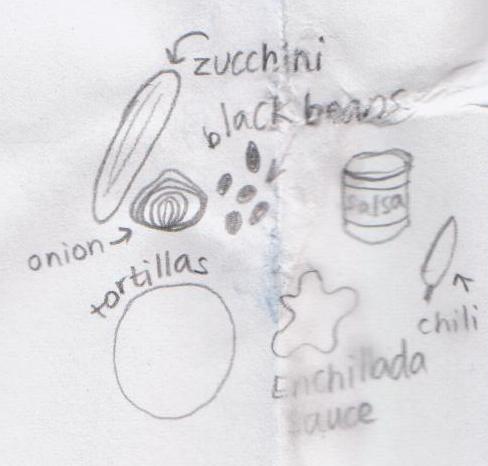 So let’s talk about enchiladas. I didn’t follow a recipe this time, I just used the expertise I had gained in the art of vegan enchiladas from following the ones from Veganomicon and Vegan Planet. I put black beans, zucchini, and onion in mine, along with some ancho chili that I tried to put in a blender. I need a food processor, let’s just say. In the end it all worked out. They made a delicious lunch the next day, too.

That was a week ago. Way back two weeks ago on that Sunday I made French lentils, but I never blogged about it because I lost my doodles. 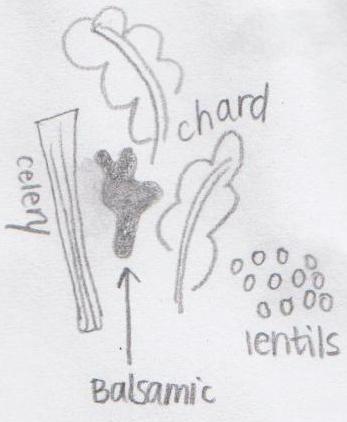 This isn’t the original one, but I think it captures the essence. I just cooked the lentils, threw in some garlic and celery, and doused it with balsamic. Then I put in some raw red onions that I left to soak for a little bit, and some sauteed chard from the farmers’ market. The chard was really really pretty, yellow and red and orange and pink. It made this super attractive in spite of it just being a pot of lentils.

Saturday I didn’t actually cook, but I spent time with my family and my dad made this delicious thing with couscous and chick peas and pistachios and other things that I do not even remember. 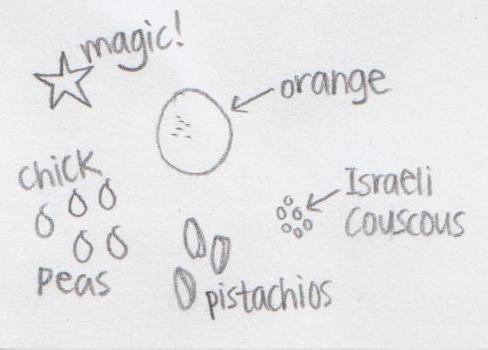 That’s what the “magic” part is. My dad is sweet at cooking. Emily and I took the pistachios out of their shells, so that counts as cooking, right?

I’ve made lots of pasta-ish things lately. I made delicious pad thai from Vegan Planet, plus tomato paste of course. 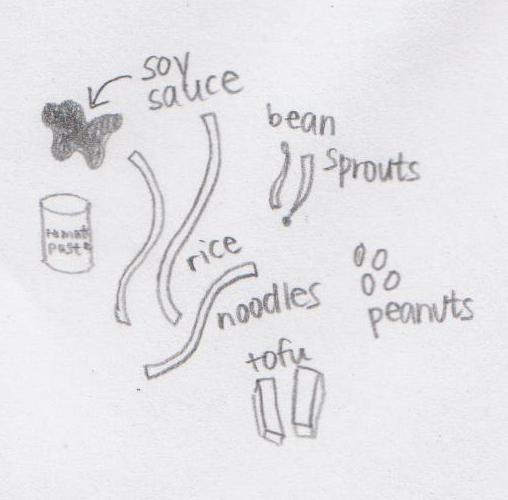 I think that it made the noodles saucier, or sweeter, or something beneficial. I also made a super uncomplicated pasta casserole-ish thing by placing cooked noodles, tomato sauce, cannellini beans, and kalamata olives into a dish and baking it. 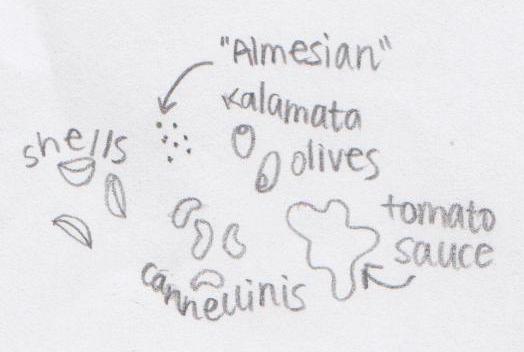 I guess that’s not the whole story, I also made a batch of “almesian” from Veganomicon, and put some on top. I don’t really miss parmesan cheese because I didn’t really eat it much anyway, but this was partially for the texture and partially for Megan because she gave up cheese for Lent and parmesan is her favorite.

This is totally out of order, but last Friday for our housemate (plus out-of-town guests Barbara and Emily and in-town girlfriend Maria) dinner I made a vegan shepherd’s pie from Veganomicon (like most things are). I felt really sneaky making non-vegans eat tempeh. 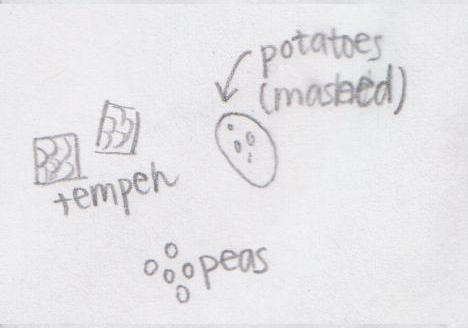 I don’t think that would ever fly at camp. There were other things in there, like mushrooms, and thyme, and coriander. As delicious as it was, after our Irish-inspired housemate dinner I am potatoed-out for a little while!

Mainly because I got a free lemon-scented lotion at Bath and Body Works and have been craving them, I made lemon poppyseed muffins. 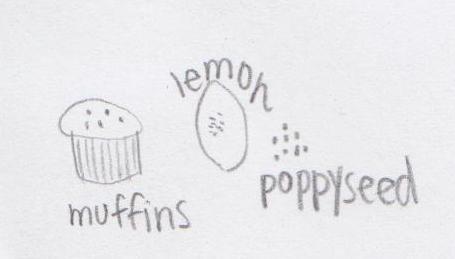 They were supposed to go to a bake sale, but none of us were able to take them, so we had to eat them. We managed.

Aside from these things I’ve been eating a lot of cereal. Breakfast food is delicious at all times. I’ll be back next week, and I’ll try to keep better track of my doodles this time!