I forgot to blog

I cooked, ate, and doodled some delicious food lately. First, I made some curry noodles:

It’s from the most recent Vegetarian Times. It called for curry paste and curry powder. I liked it, but I was mainly excited about it because I was using quinoa pasta for the first time. That stuff is seriously good for you, not to mention delicious. I think I’m hooked on gluten-free pastas from now on.

These were a lot like the brownies that I made before, but I de-veganized them by putting in white chocolate chunks. I need to get my hands on some cocoa butter so that I can make actual vegan white chocolate! I also made muffins, just plain banana muffins but with a swirl of raspberry jam in them.

I attempted to make delicious oatmeal-chocolate cookies when I first discovered almond butter last week, because that stuff is amazing, but they failed. They weren’t sweet enough so they tasted like weird muffins. 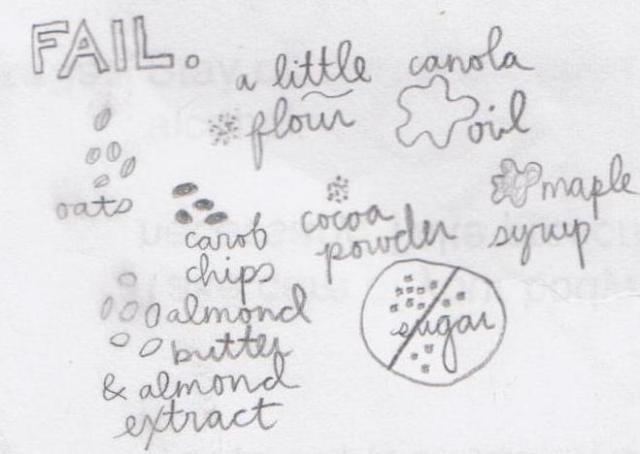 I made some successful stuff, mainly sandwich-like things. Using refried beans from a can (fat free = no lard), flour tortillas, and the toaster oven, plus some veggies and salsa (like most of the food I make) I made a tostada type of situation. 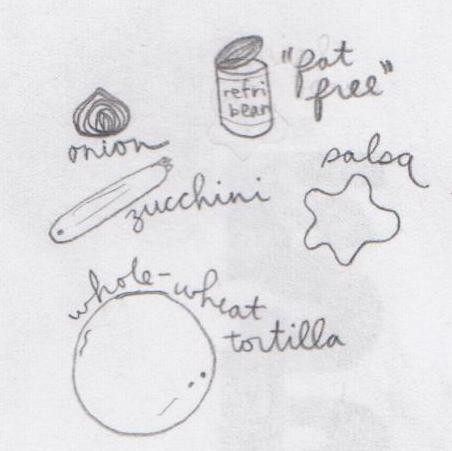 That was good. So was this delicious tempeh sandwich. 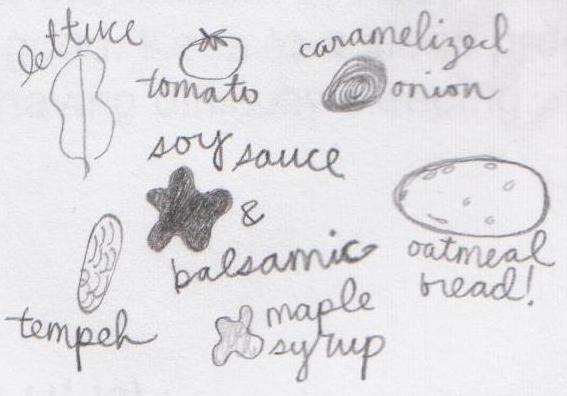 I just caramelized some red onions in a pan, then gave tempeh the standard vinegar and soy sauce treatment in a sautee pan, plus I threw in some maple syrup for that bacony flavor. I put that on some toasted oatmeal bread with lettuce and tomato. Amazing sandwich!

I’ll be back before long, on Sunday this time. We have traditions to uphold, people.

This entry was posted in Uncategorized. Bookmark the permalink.